There are three grades of State of Emergency in Spain 1 state of alarm, 2 extraordinary state and 3 state of siege.
The first and less severe state of emergency is being declared from tomorrow.
To find out information about the situation in Spain we suggest you read EL Pais in English.
https://english.elpais.com/politics/2020-03-13/spanish-government-declares-state-of-alarm-in-bid-to-combat-coronavirus-spread.html

“The Spanish government announced on Friday that it was implementing a state of alarm for 15 days in a bid to control the spread of the coronavirus pandemic in the country. Speaking during a press conference at around 3.30pm, Prime Minister Pedro Sánchez informed the Spanish public that the Cabinet would meet tomorrow to put the measure into effect, allowing the government to temporarily restrict the movement of citizens. Fundamental rights, however, will not

be affected.“We are only in the first phase of combatting the virus,” Sánchez said on Friday. “We have some very tough weeks ahead of us. We cannot rule out reaching 10,000 [infections] by next week.”

The Socialist Party leader went on to explain that the state of alarm “would allow for the maximum mobilization of resources against the virus, but victory will depend on each one of us. Heroism also consists of washing your hands and staying at home. We are going to stop the virus with responsibility, and with unity.

“We will overcome this emergency by relying on advice from science and with support from all or the resources of the state,” he continued. “But it is also undeniable that we will manage it sooner, and with the least human, economic and social damage possible if we do it together.”Heroism also consists of washing your hands and staying at home”   from El Pais in EnglishToday the Sanitat stated that there were 119 cases of Covid 1- coronavirus in Valencia Region, 30 of those in Alicante province.
They state routine surgery, non urgent outpatient appointments and diagnostic tests may be cancelled. They may have to commandeer  public and private building to use as medical facilities. ( there has been talk about using the Benidorm hotels but the numbers at present don’t make that seem likely.)
Most councils have shut public buildings ,schools ,sport centres etc and banned mass event Benidorm is suspending the outdoor markets.

It would seem that the government could use drastic powers to restrict movement of people and shut businesses.

An area of 7,000 residents in Catalonia west of Sitges has been put in lockdown because of a growing spike of cases jumping from 20 to 52 in one day.

All bars and restaurants will be closed throughout Valencia region but home delivery is not affected.

REMEMBER:  FEVER COUGH SHORTNESS OF BREATH .    FIRST CALL SANITAT STAY AT HOME CALL 900 500333 English speaking advisers available.
Wash your hand well when you come back home. Covid-19 Coronavirus doesn’t usually cause runny nose and sore throat so if you have these symptoms you probably have a cold. 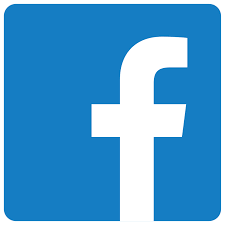